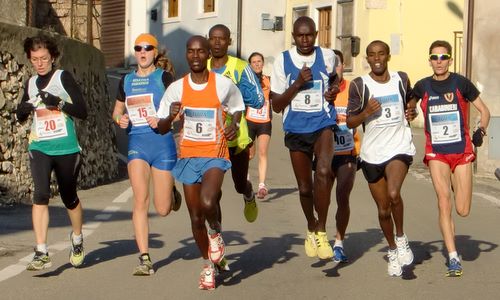 The event took place in the village of Monteforte d'Alpone, situated in the very pretty Soave wine-growing region between Verona and Vicenza in northern Italy.

Named after a sparkling red wine which is produced in the area, the Montefortiana Turà consists of two road races for elite athletes. The route is an undulating 1.5k-loop-course through the village. Women run 6,060 metres (four laps), and men run 10,605 metres (seven laps).

In the men's race, Italy's top marathon runner Denis Curzi was the only European runner who did not drop off the leading group of five African athletes. At the end, he had to be content with 6th place, however, just 9 seconds behind the winner Paul Sugut, who had controlled the race from the start and then proved the strongest in the sprint finish.

The women's race, in contrast, was decided much earlier. Asmae Ghizlane ran beautifully smoothly from start to finish and won by a comfortable margin. 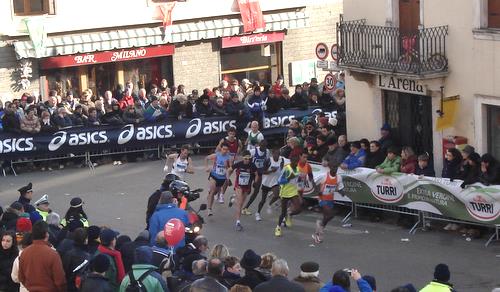 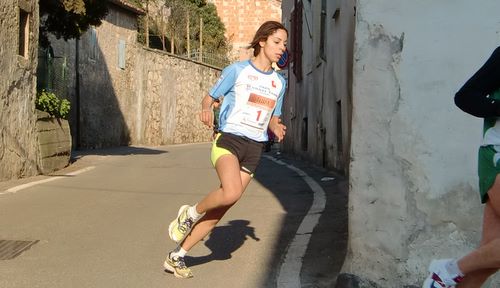 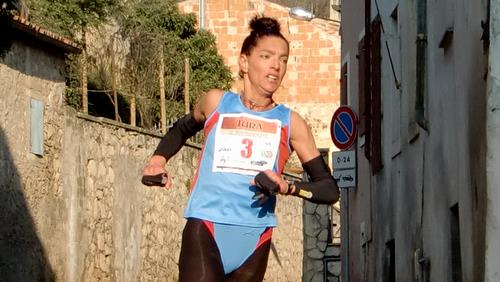 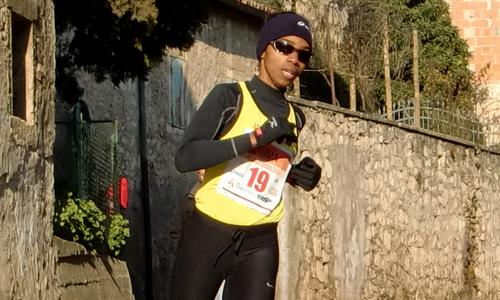 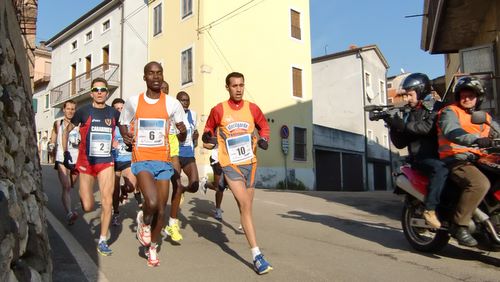 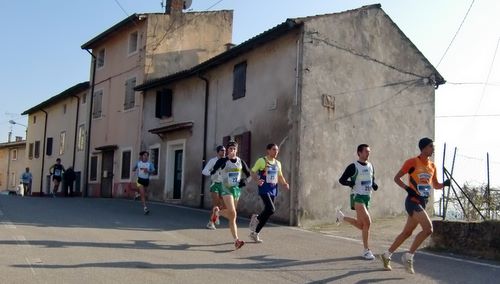 Asmae Ghizlane at the back of the men's chasing group 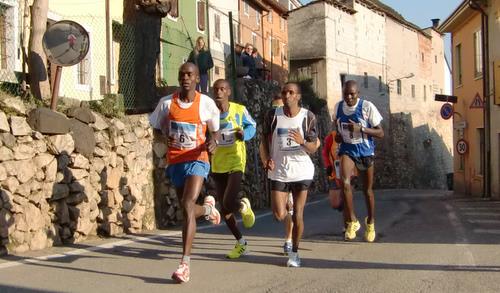 The top 6 men in the final lap