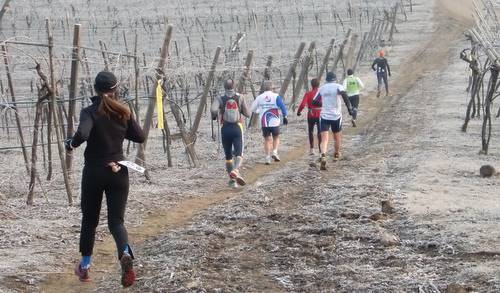 Over 460 runners enjoyed an immensely scenic marathon route through the picturesque Soave wine-growing region in the Province of Verona — but they had to work hard for it!

The 42.2-kilometre multi-terrain course included 1500 metres of climbing, and the same of descent, and many sections were extremely steep.

It was the first running of the EcoMaratona Clivus. The race formed part of the hugely popular Montefortiana, a massive event with over 20,000 runners and hikers — more than three times the population of the host village of Monteforte d'Alpone.

Many runners took the marathon as a fun run, chatting along the course and stopping at the aid stations for hot tea and Italian Panettone cakes (like your correspondent) but competition was fierce amongst the top runners. 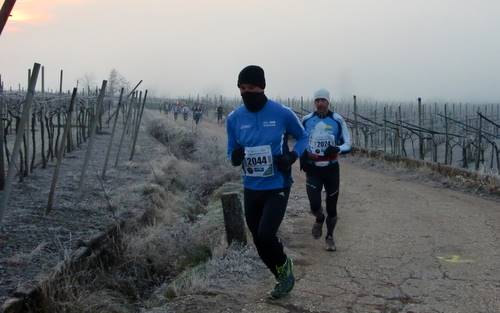 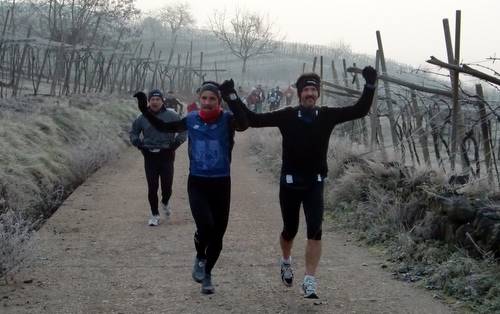 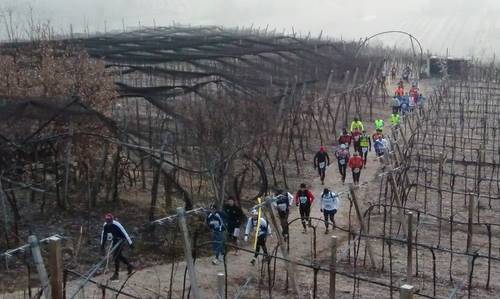 Runners warmed up on the first climb, ... 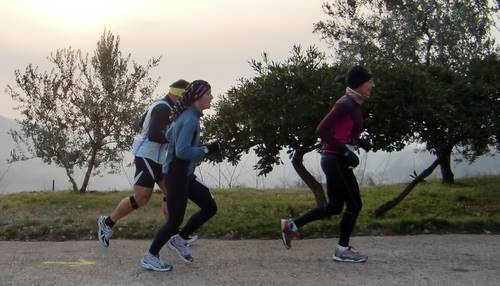 ... and the fog lifted quickly. 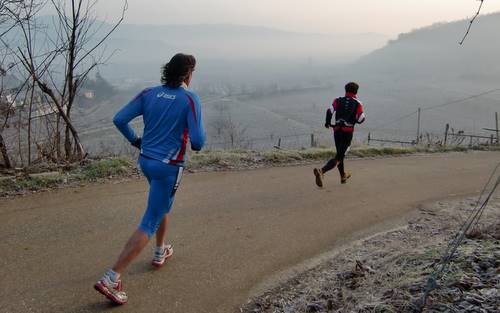 The route was a mix of asphalt roads ... 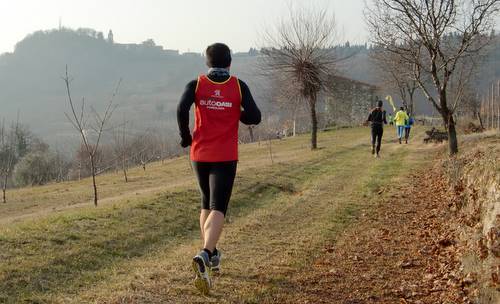 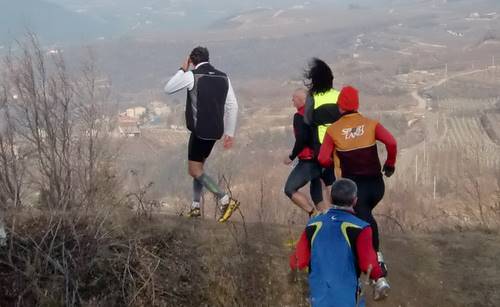 Fresh winds blew on the hills. 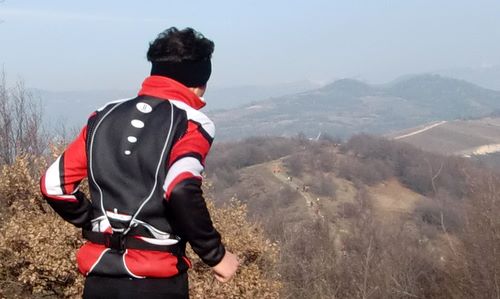 There were many marvellous views, ... 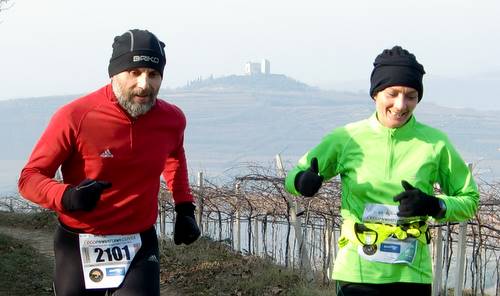 ... and the atmosphere among the runners was excellent.