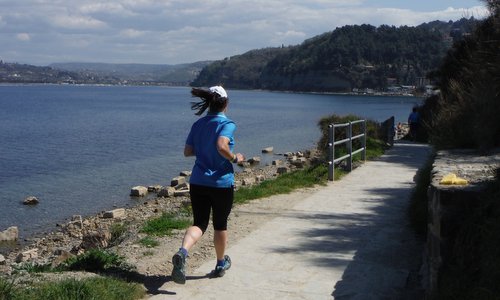 Held on the Istrian peninsula, the Istrski maraton (Istrian Marathon) is one of the most popular running events in Slovenia.

It attracts an international crowd of around 5,000 runners in three races. Almost half of the finishers are women. Usually, all three races sell out well in advance, so early entries are recommended.

These race distances are available:

The venue changes from year to year between the coastal towns of Portorož, Izola, Koper and Ankaran:

The marathon route is closed to all traffic and very scenic and varied as it runs along the coast as well as through Istria's beautiful hinterland.

It visits the port of Koper, the picturesque small town of Izola, the historic town of Piran and the beach resort of Portorož.

And it takes the runners along the Parenzana (a disused railway track which has been converted into a cycleway) through olive groves, orchards, vineyards and former railway tunnels. 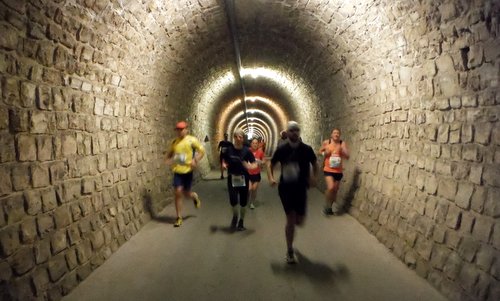 The course is partly flat and partly hilly.

Competitors run mainly on asphalt roads, cycleways and paved coastal promenades, but there are also a few cobbles and trails.

There is no rich prize fund to attract elite runners. Instead, all efforts go into making it a memorable day for each single participant. 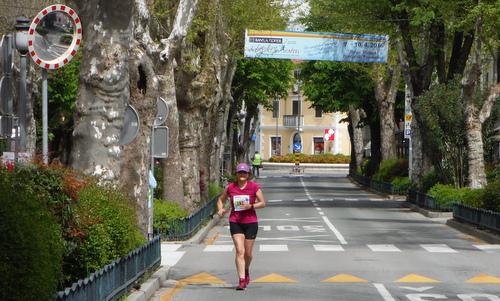 In 2014, all races began and ended at the Taverna building in the port of Koper, except for the half marathon which was held on a point-to-point course from the small coastal town of Piran to Koper.

In 2015, the start/finish area was on Sončno nabrežje in Izola.

In 2016, the marathon and the 11.5km recreational run began and ended in Portorož. The half marathon was a point-to-point race from Koper to Portorož.

In 2018, the event was staged again in Izola. The 8.5km recreational run and the half marathon began and ended in Izola. The full marathon started in the seaside resort of Ankaran, which is near the border with Italy, and finished in Izola.

In 2019, the 10k and the marathon route began and ended in Portorož. The half marathon was a a point-to-point run from Koper to Portorož.