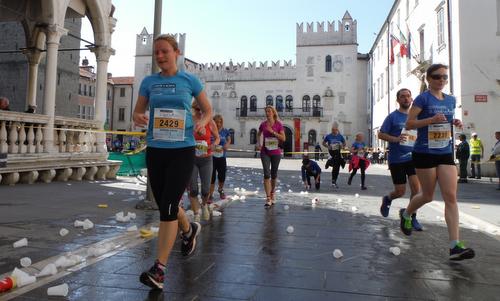 Held on the stunningly beautiful Istrian peninsula, which lies at the northern end of the Adriatic Sea, the Istrski maraton offers three very scenic races — a 10km run, a half marathon, and a full marathon.

Early entries are recommended. The inaugural Istrian Marathon 2014 was sold out ahead of time. Around 2,000 runners took part in the event. The entry limit for 2015 is 3,300 runners but it is possible that the races fill up quickly.

The first Istrski maraton was staged in Slovenia's port of Koper, the second edition will take place in Izola a charming old town situated 6km down the coast.

Participants in the half and in the full marathon will run the first 18km together. Starting in Izola, the route will take the runners along the coastal road to Koper, around Koper's historic centre, back to Izola, and then inland (a bit uphill) to the Parenzana, a disused railway track which has been converted into a cycleway.

The half marathon features 80 metres of ascent, the marathon 280 metres. Most of the route is on asphalt. Some sections are on trails or cobbles.

The 10km race is a point-to-point run from the village of Korte to Izola. The route is undulating and overall downhill as Korte sits at an elevation of about 200 metres. From the course, there are fabulous views of Istria and the coast. 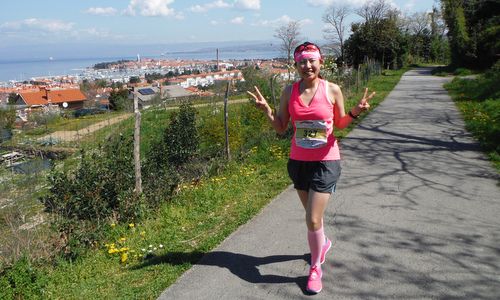 The Parenzana cycleway with Izola in the background

The route between Koper and Izola

Entries: online; entries close 31 March 2015 or when the entry limit has been reached

(The entry fees are the same for all three races)

You get: technical T-shirt; a voucher for a meal, finisher medal, certificate