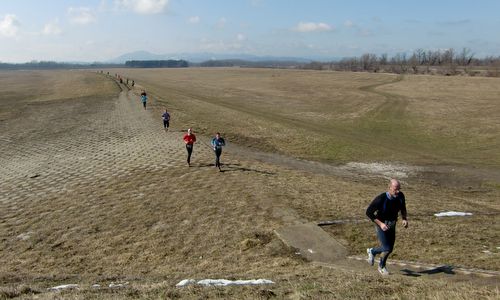 Both routes are flat and almost entirely on trails or gravel paths.

Starting and finishing on the embankment of the river, the half marathon route goes upstream past Lake Jarun to the western city limits and then back along the opposite river bank.

Last year, approximately 450 runners took part in the half marathon, and almost 300 ran the 5k.