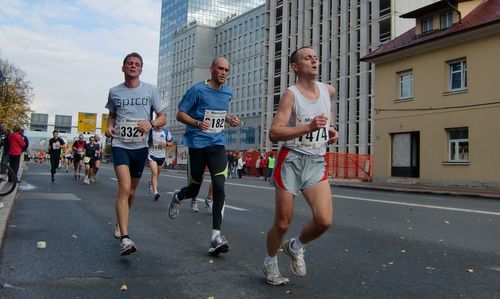 Held in Slovenia's capital Ljubljana, one of Europe's smaller capital cities with just about 285,000 inhabitants, the Ljubljanski maraton is a massive running event with more than 15,000 finishers in three races:

The new marathon course, introduced last year, is a single loop course. Until 2013, participants in the full marathon had to run two laps of the half marathon course.

Starting and finishing in the city centre, the first 20km of the race are run through the northern and western parts of Ljubljana.

The time limit to finish the marathon race is five hours.

Entries: online; entries close 30 September 2015; no entries on the day