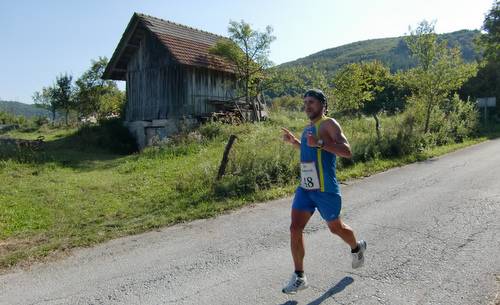 The Žumberačka utrka is held in a remote corner of the Žumberak, an amazingly beautiful mountain region on the Croatia-Slovenia border.

The race follows the road which connects the villages of Radatovići and Sošice.

Registration takes place in Sošice. A bus brings the runners to the start in Radatovići from where they run back to Sošice.

There will be a free bus service between Zagreb and Sošice which can only be reached on narrow and twisty roads. The trip takes approximately 90 minutes.

Free bus service from Zagreb: at 11.00 from the car park behind the Cibona tower on Andrašecova Street (return trip to Zagreb in the evening)