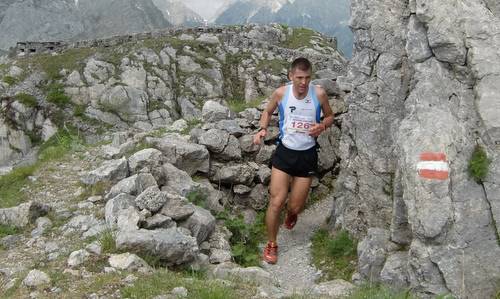 The Skyrace Carnia features a very challenging but highly rewarding mountain running route through the Carnic Alps in the north-east of Italy.

Participants run a 24-kilometre loop which takes them to the summits of two mountains. The route includes 2000 metres of ascent and 2000 metres of descent!

However, runners can take their time to complete the course and enjoy the spectacular scenery. The time limit is 6 hours 30 minutes, and it is allowed to use hiking poles.

Furthermore, the event also offers a slightly easier 19-kilometre route, which includes 1600 metres of ascent (and the same of descent).

There are eight aid stations along the course but as the race takes place in a high alpine environment all runners must carry a windbreaker jacket with them.

The start and finish of both routes is at an elevation of 900 metres at the cross-country ski area of "Laghetti di Timau", located near the village of Paluzza, on the "Passo di Monte Croce Carnico" mountain pass road which connects Italy and Austria.

The route runs up to Monte Floritz (2184m), down to the border crossing on the mountain pass (1360m), up again to the peak of Pal Piccolo (1800m), and then downhill to the finish. The 19km route takes a shortcut which skips the summit of Monte Floritz.

One of the highlights on the course is running through the World War One trenches and fortifications on Pal Piccolo, which have been restored as an open-air museum.

You get: ASICS knee tights; eight aid stations along the course; pasta party after the race 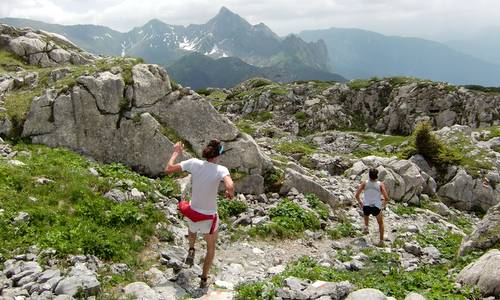