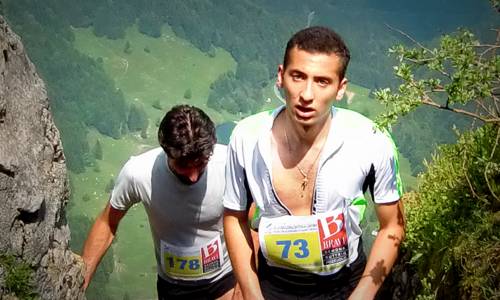 Over 200 mountain runners from Italy, Slovenia, Hungary, Austria, Germany, and the USA took part in this year's Skyrace Carnia, which is held annually in the Carnic Alps on the Italy-Austria border.

Entrants could choose between two routes. Most competitors decided to run the gruelling ‘Percorso A’ which is approximately 25km long, although it appeared that for many runners the slightly easier ‘Percorso B’ would have been challenging enough.

The shorter race featured 1600 metres of ascent (and the same of descent!), the longer race even 2000 metres.

The weather was very warm and sunny, and participants saw the Alps at its best — stunning mountain scenery, millions of lovely flowers, beautiful trails, and many friendly helpers along the course.

Please have a look at our photos below, and please visit our race preview to learn more about this trail running event, which takes place every year in June near the village of Paluzza in the far north of Italy (->map). 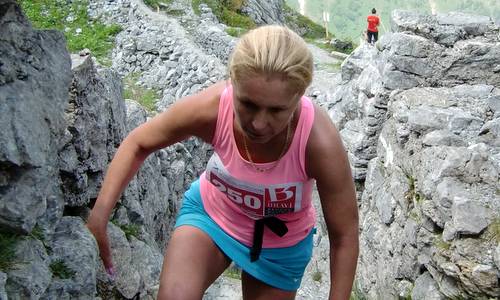 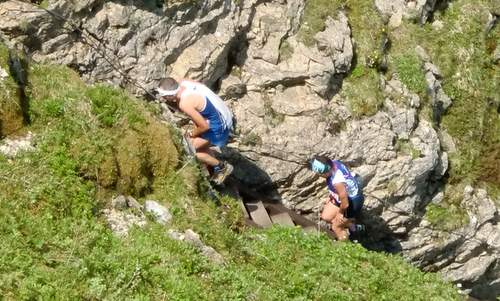 The climb up to the summit of Pal Piccolo was particularly tough. 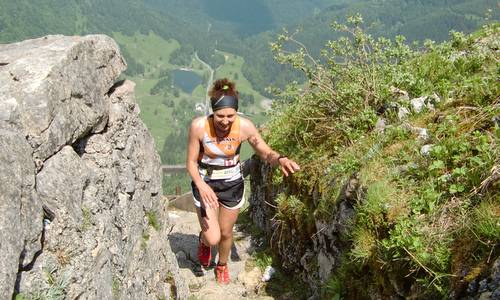 Sara Ferraro could still smile, however. 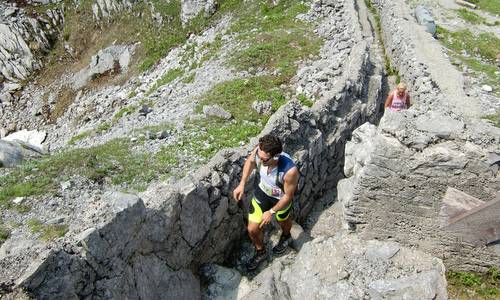 On Pal Piccolo, participants ran through a series of World War One trenches ... 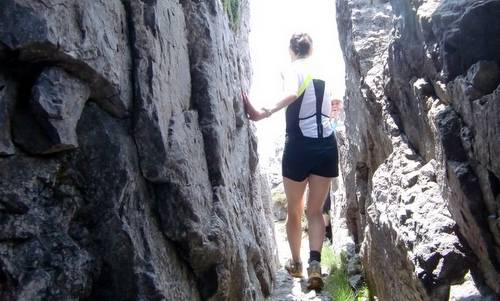 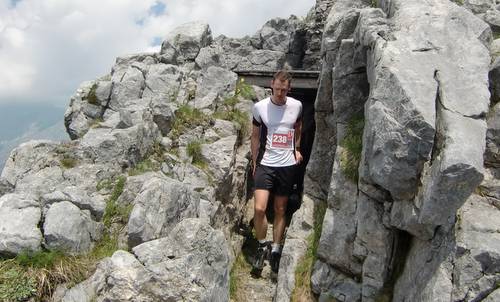 ... but fortunately nobody got stuck ... 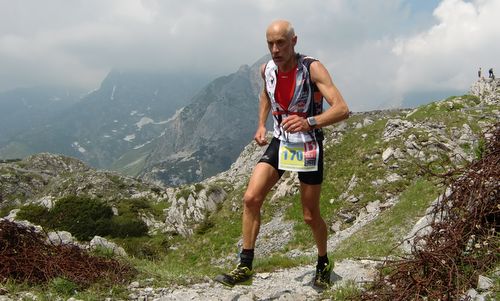 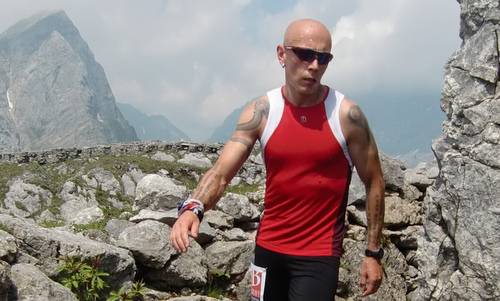 Pal Piccolo is an awesome place. 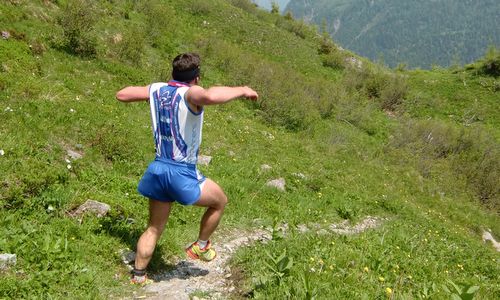 Some runners tried to fly down the mountain — but it didn't work. 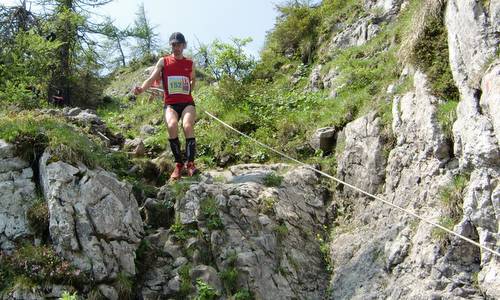 The route was immensely demanding but well secured, and there were many helpers on the course. 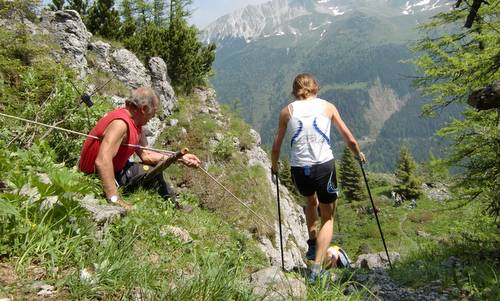 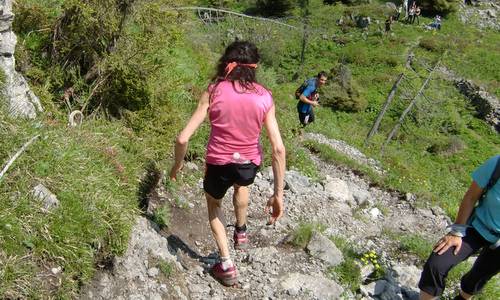 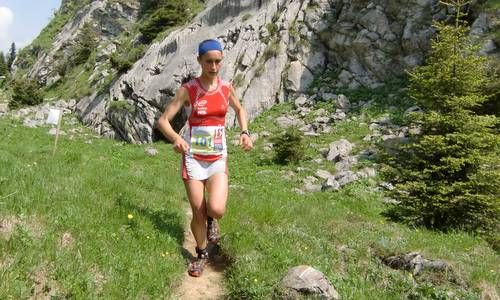 ... and Silvia Serafini, who set a fantastic new course record. 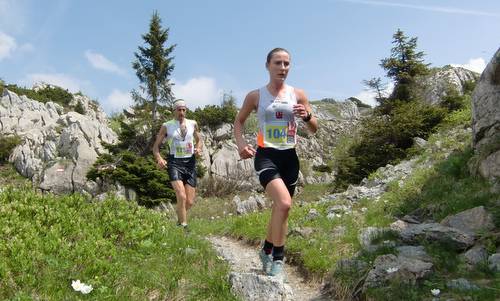 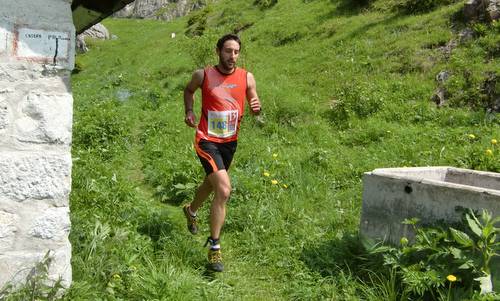 These are some of the best male finishers — Davide Pierantoni (4th place), ... 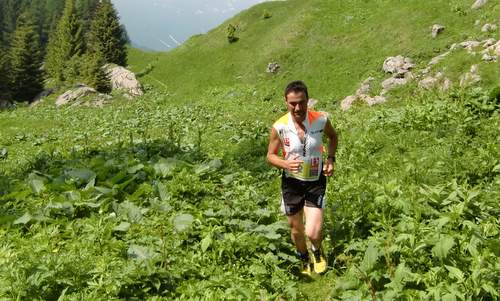 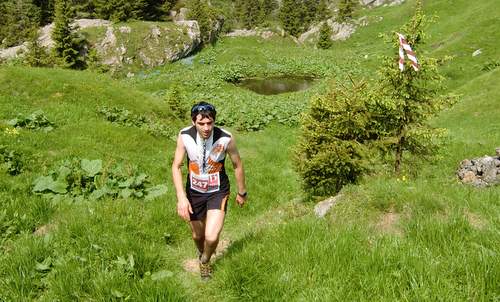 ... and Silvano Frattino, who was the top finisher in the ‘short’ race. 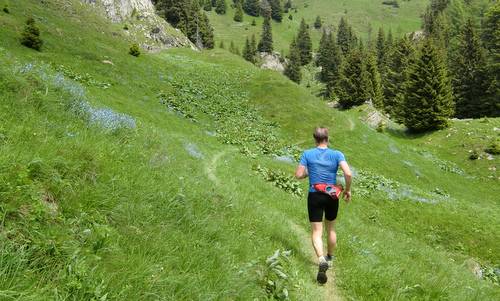 What a beautiful course!