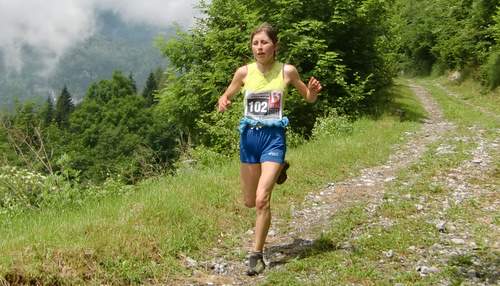 Lavinia Garibaldi cruises to her first win in Carnia

Mikhail Mamleev and Lavinia Garibaldi beat a strong field of trail runners to win the Skyrace Carnia, a highly challenging mountain running race in the Carnic Alps on the Italy-Austria border (-> Map).

Russian-born orienteering and trail runner Mamleev, who speaks fluently Italian and South Tyrolean, was surprised to win after skyrunning specialist Paolo Larger had been in the lead for most of the race. Larger, however, took a wrong turn on the second half of the course to end up on sixth place.

Alessandro Morassi came second, just 25 seconds behind the winner, after 24 kilometres of trail running over a beautiful but very tough course with 2000 metres of climbing and 2000 metres of descent. On Pal Piccolo, the second mountain on the route, competitors climbed up ladders before they ran through World War One trenches and fortifications!

On the women's side, last year's runner-up Lavinia Garibaldi passed defending champion Paola Romanin on the second half of the course to win the race by 79 seconds.

Over 200 runners had registered for the event but 50 runners did not start or finish the race because of the changeable weather. Overall, there were 140 finishers in the 24km main race and 22 finishers in the 19km run, which feautures a slightly easier route. 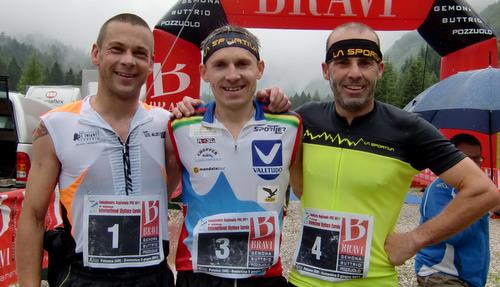 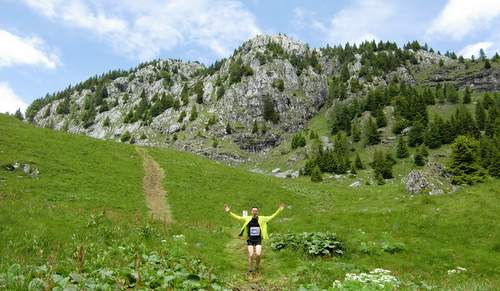 After heavy showers in the first half of the race runners enjoyed fine weather ... 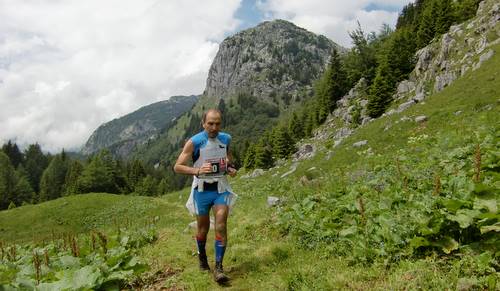 ... on the descent from Pal Piccolo. 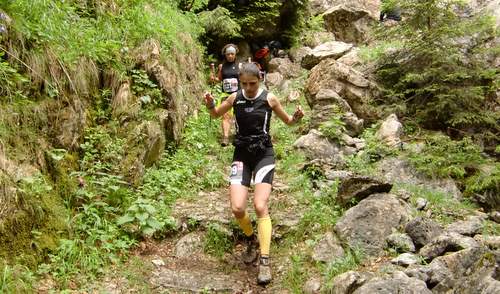 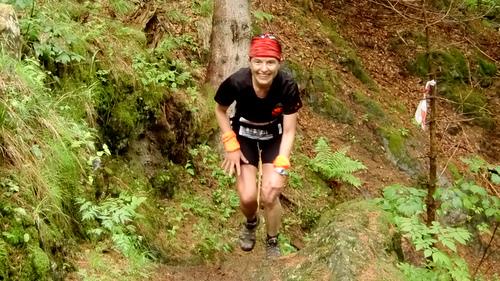 ... which featured many stiff climbs. 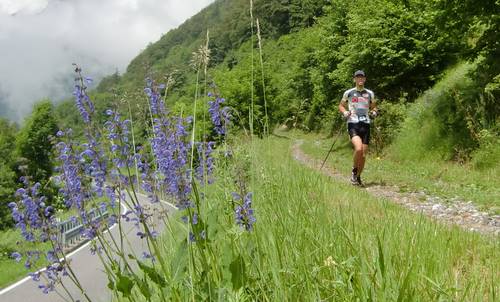 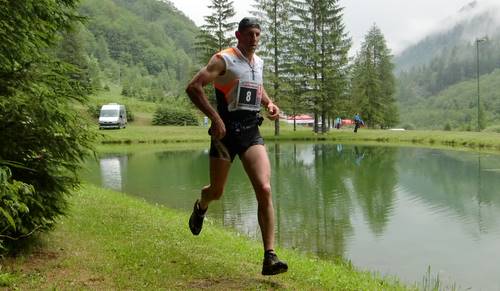 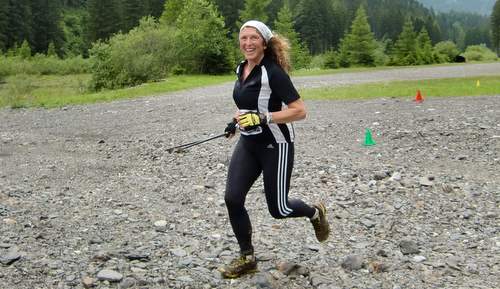 ... to celebrate victory in Timau.