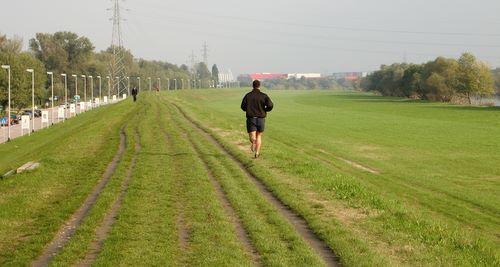 The Savski polumaraton takes runners along both banks of the River Sava, which flows through the southern part of Croatia's capital Zagreb.

Competitors run on grass and dirt trails on the dikes along the river, far from any traffic.

You get: drinks on the course and at the finish; runners can buy a long-sleeved T-shirt with the logo of the race for 40 HRK