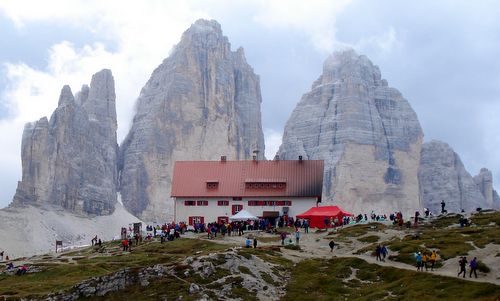 In 2008, the Drei Zinnen Lauf in the Sexten Dolomites in South Tyrol was transferred to an alternative lower level route - a wise decision considering the hazardous weather conditions and the unseasonable snow on the course. More than 600 runners finished safely, with German Helmut Schiessl and Italy's Antonella Confortola claiming victory.

The 17.5km route with an overall elevation gain of 1350 metres starts in Sexten (Italian: Sesto), a very popular summer and winter sport resort at an elevation of 1320 metres. The town is very close to the Austrian border, and more than 95 per cent of the population speak German as a first language. 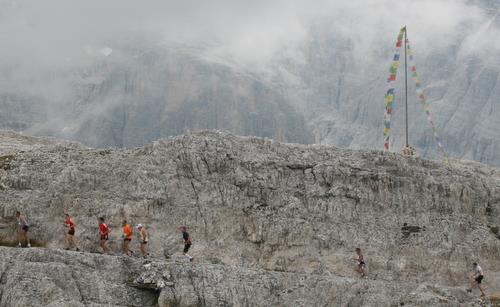 After a short lap through Sexten the route travels the first 3.5km on asphalt roads and another 3.5km on dirt roads along the Fischleintal (Fischlein Valley). You then face a steeper, 7km-long climb on mountain trails with an elevation gain of 1000 metres. You reach the highest point of the course (2528m) at the 14km mark. From there, it's mainly downhill. The finish is at the Three Peaks mountain hut (2405m).

You can pick up your personal clothing at the finish but you have to walk down to the valley. However, you can take a short cut and, thanks to a free bus service, you don't need to walk the last 4km.

You get: chip for timing, T-Shirt (Salewa), transport of personal clothing to the finish; finisher medal, pasta party (after the race at 14.30 in Sexten)

Award ceremony: at 15.30 in the Conference Hall in Sexten