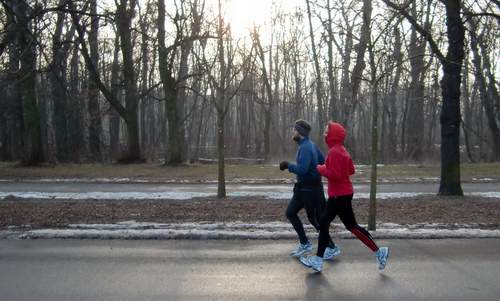 The popular VCM Winterlaufserie offers three road running events in the Prater park in Vienna - one in January, one in February, and one in March.

All races are held on the same 7km-loop course, which is flat and fast, traffic-free and AIMS-certified.

Runners choose between three distances: 7km, 14km, and a 21.1km half marathon.

They can decide during the race if they want to finish after one lap, after two laps, or after three laps (the third lap is slightly longer than the first two laps).

You get: one aid station per lap (in the start/finish area)

Prizes: first 3 M/F in the half marathon