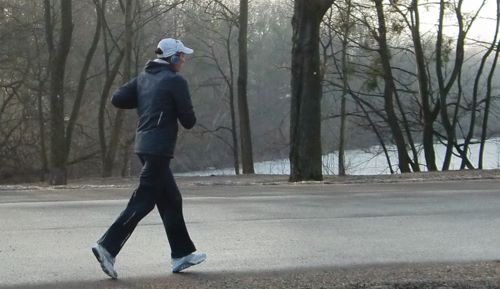 The third and final race of the Winterlaufserie will bring runners once again to the former imperial hunting grounds of the Prater, nowadays Vienna's largest public park.

The route is a completely flat 7km loop which is AIMS-certified and closed to traffic.

Runners can decide during the race if they want to finish after one lap (7km), two laps (14km), three laps (21.1km) or four laps (28km). The third lap in the half marathon is a bit longer than 7km.

A large part of the race is on run on the Prater Hauptallee, the main avenue through the park. Start and finish are near Austria's biggest stadium, the Ernst-Happel-Stadion.

You get: one aid station per lap (in the start/finish area)

Prizes: first 3 M/F in the half marathon