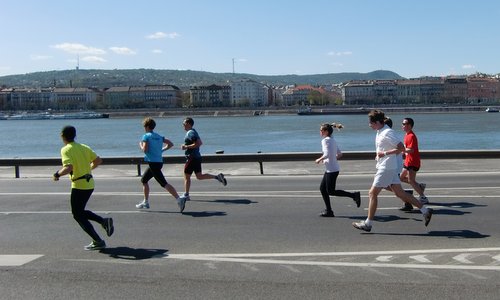 Around 15,000 runners took part in last year's Vivicittá races in Budapest, the "Pearl of the Danube" and one of Europe's grand capital cities.

In 2012, the start/finish area will be on Margaret Island (Margit-sziget), a green island in the River Danube, and a popular recreation ground with many sports facilities.

All routes are very attractive. The 3.2km run takes place on the island but the longer races take runners along both banks of the Danube, through the tunnel under Castle Hill, across the magnificent Chain Bridge, and past the splendid Hungarian Parliament Building.

Start and finish: near the water tower on Margaret Island in the River Danube

Timing: ChampionChip - no chip rental fees but 1000 HUF deposit (fully refundable); 500 HUF off the entry fees if you use your own chip

Race centre: at the open-air theatre (Szabadtéri Színpad), near the water tower (Víztorony) on Margaret Island (Margit-sziget) (on the day from 8.00)