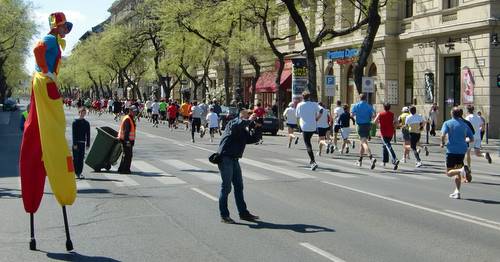 A record-breaking 15,000 runners took to the streets of Hungary's capital city for the Vivicitta Budapest, one of the largest and most attractive road running events in our Race Guide.

The event offered various distances for all ages and abilities, from the 600-metre family run to the half marathon, all starting and finishing on the edge of the leafy City Park.

In the start/finish area there was a fun and party atmosphere with warm-up aerobics and many runners dancing to pop music on the start line. Like the Budapest International Half Marathon in September and the Budapest Marathon in October, the Vivicitta races followed immensely scenic sightseeing routes through the City Park, the city centre and along the River Danube. See our photos below!

Despite very strong winds on the course, many runners produced fine results. The top half marathon finisher was 20-year-old Hungarian distance running talent Gáspár Csere (1:10:44). First woman across the line was 46-year-old Judit Nagy (1:21:12), two-times Olympian and former winner of the marathons in Paris and Hamburg. 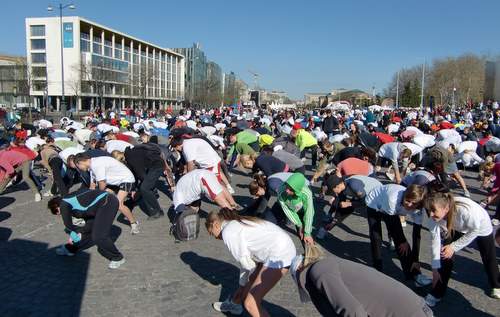 Runners warmed up on 56-osok tere. 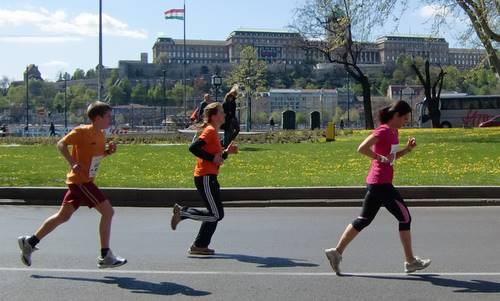 There were fine views of Buda Castle ... 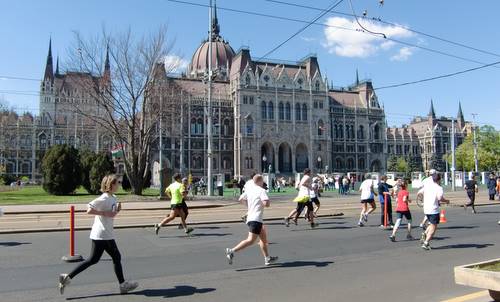 ... and of the Parliament building. 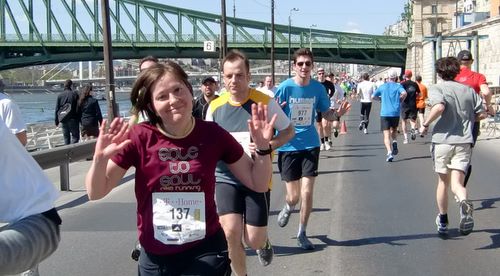 Half marathon runners ran along the River Danube. 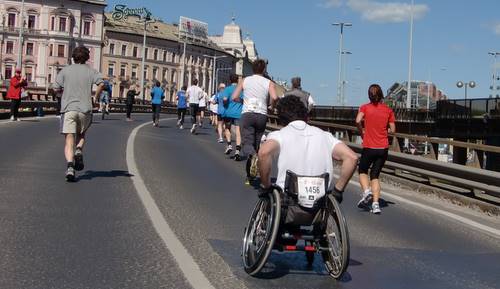 This was the only serious ascent on the course. 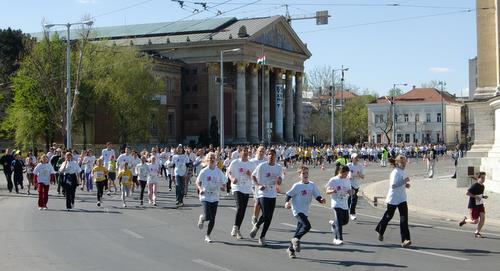 The 3.5K runners passed the Palace of Art on Heroes' Square ... 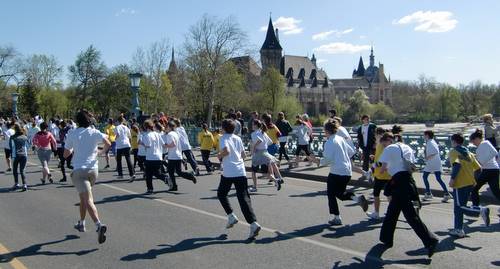 ... and Vajdahunyad Castle in the City Park. 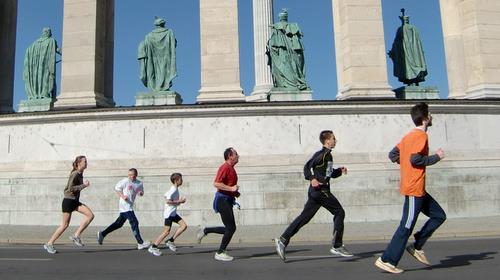 These are the 6.5K runners at the Millenium Monument ... 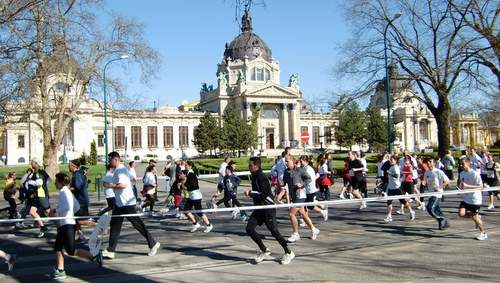 ... and at the Széchenyi Baths in the City Park.