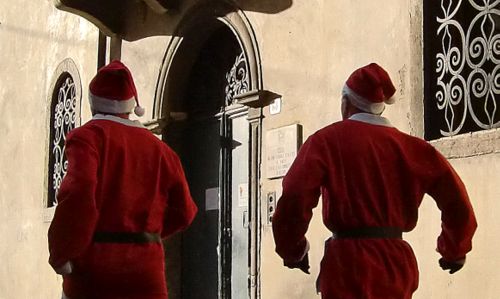 Two weeks before Christmas, hundreds of Santa Clauses will run around the town of Belluno, situated at the foot of the imposing Dolomiti Bellunesi in northern Italy, about 100km to the north of Venice.

Runners need a medical certificate to take part in the Santa Klaus Half Marathon but they don't need it for the non-competitive 6km and 12km runs.

All runners get a Santa dress and a hat which they must wear during the race.

The start and finish are in Belluno's old town centre. The undulating route takes runners through the town and nearby villages, mostly on asphalt roads.

Entries: online or by post or fax; late entries on the day (8.00-9.30); participants in the 21km half marathon must provide a medical certificate at registration