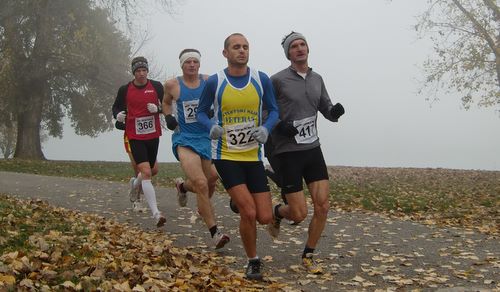 Croatia's Zoran Žilić and Slovenia's Daneja Grandovec are the winners of this year's 25th Polumaraton "Ivan Starek" which was held on Sunday at Lake Jarun in Croatia's capital Zagreb.

Almost 300 runners completed the three-lap course around the artificial lake, which is situated in the south-western part of Zagreb, on the left bank of the River Sava.

The event is popular for its pleasant setting and the completely flat and fast course.

Many runners set a personal half marathon record, despite very low temperatures at the start of the race, and fog as thick as pea soup lingering over the lake. Half an hour into the race, however, skies brightened up and temperatures rose quickly.

Both Žilić and Grandovec decided the race on the third and final lap, against tough competition from Hungarian and Croatian athletes. 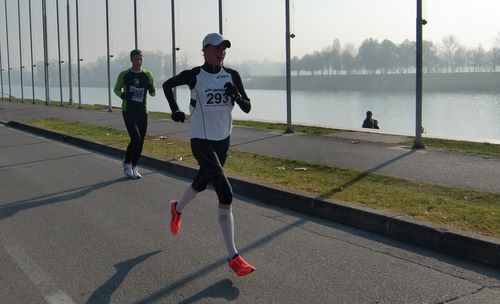 Daneja Grandovec of Slovenia on her way to victory at Lake Jarun. 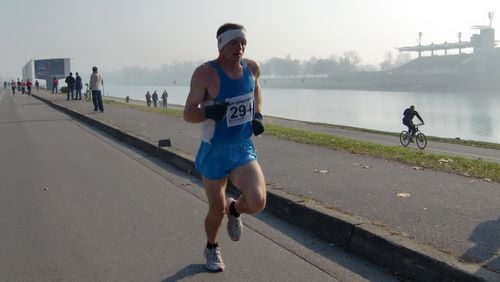 Zoran Žilić of Croatia - the strongest and fastest of all finishers. 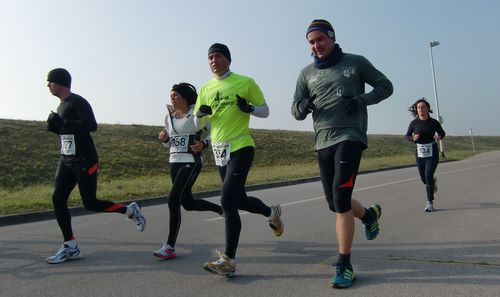 The first part of each lap is run along the dike of the River Sava, ... 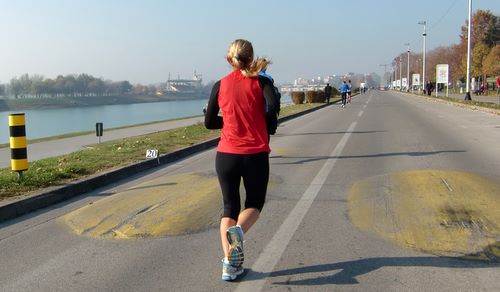 ... the second part along the 2km-long rowing regatta course. 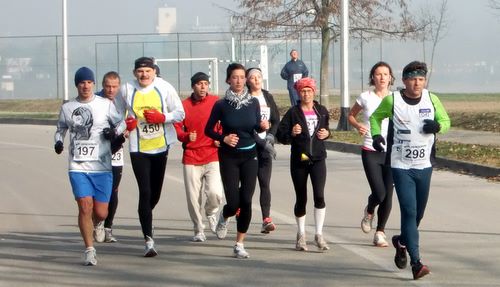 Running coach Dragan Janković (left) set the pace for a group of runners to finish in 1hr 53min. 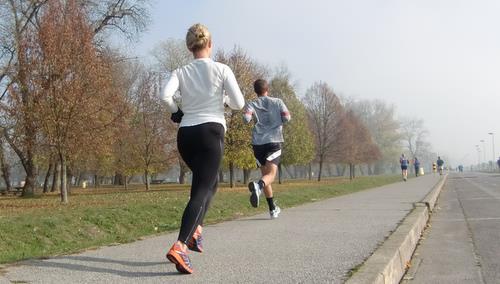 Some athletes decided to run on the pavement, others on the road. 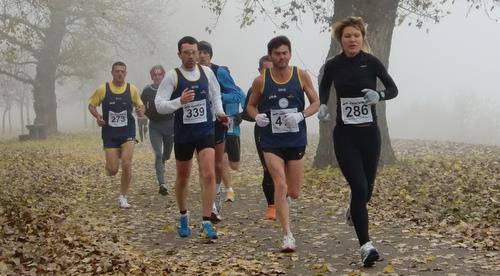 In Croatia, as in most countries, ... 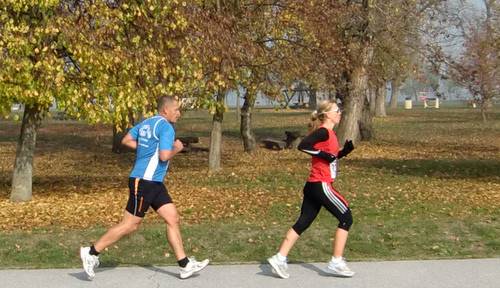 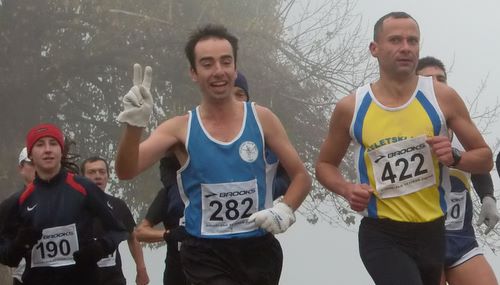 General information and map of the venue: