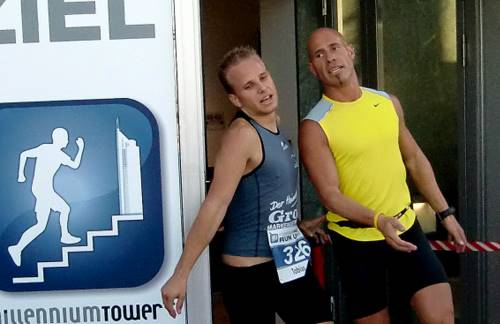 Runners from all over Europe, among them some of the world's best tower runners, travelled to Vienna on Saturday to climb the Millennium Tower, Austria's tallest office tower, situated on the River Danube.

The event offered two competitions - a "Light" and an "Extreme" race.

For the majority of the participants, the "Light" version of the run-up, from ground floor to the outdoor terrace on the 48th, was tough enough. For Italy's outstanding vertical runners, however, this seemed to be an easy feat. Fabio Ruga ran the 843 steps in a fabulous time of 3 minutes 47 seconds, Alessandra Valgoi won the women's race in 5 minutes 7 seconds.

Participants in the "Extreme" race ran up the tower three times. Piotr Łobodziński of Poland, an all-round sports talent who took up vertical running this year, was not only the top finisher, he also clocked the fastest time of the day (3 minutes 44 seconds) - after travelling eight hours on the train from Warsaw to Vienna. Piotr collected his trophy and the prize for the winner (a €10 voucher for the neighbouring shopping center) and went back to the train station for another long trip home.

In that respect, things were much easier for the first woman, Julia Evangelist. Austria's top stair runner lives and trains in the mountains of Styria, just about an hour's drive from Vienna.

Competitors started at 10-seconds intervals. The stairwell was more than two metres wide, and there were fine handrails which came in very handy when the legs became all wobbly. 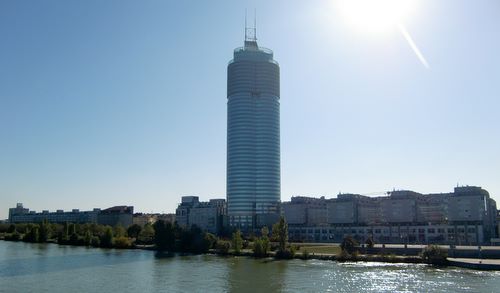 The Millennium Tower in Vienna is 171 metres tall (202 metres including antenna). 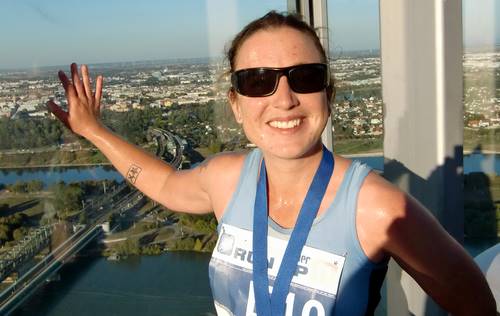 Austria's Julia Evangelist shows no signs of exhaustion after 2529 steps. 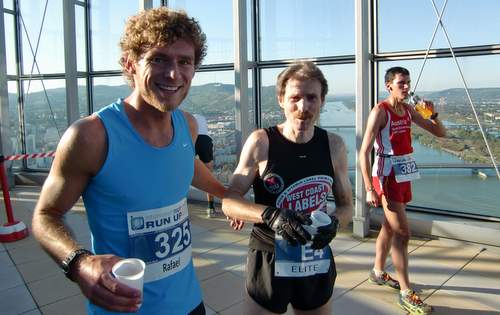 Rafael Klosok of Germany, Daniel Ackermann of Switzerland and Rainer Predl of Austria (from left) 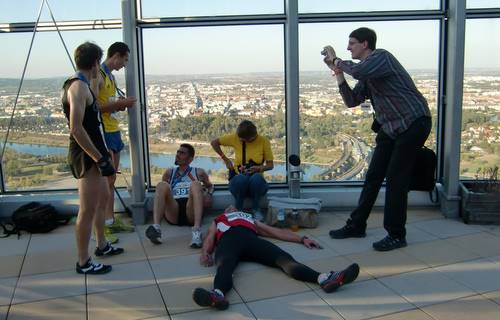 Don't worry, he got up after a couple of minutes. 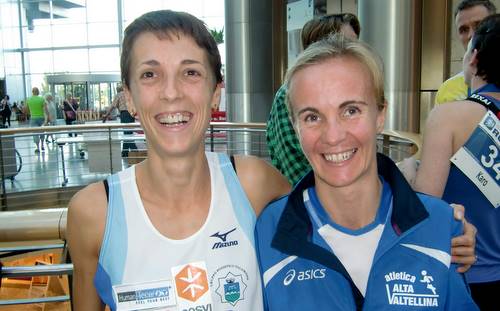