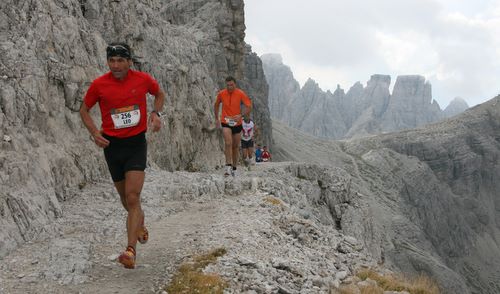 Spectacular scenery and marvellous organization - this is a race we can wholeheartedly recommend!

You need to be well prepared, however. The route through the bizarre landscape of the Sexten Dolomites in South Tyrol, Italy, climbs 1350 metres in 17.5 kilometres. You run up to an elevation of over 2500 metres where the air is thin and the heart beats faster.

The start is in Sexten (Italian: Sesto), a very popular summer and winter sport resort at an elevation of 1320 metres. The town is very close to the Austrian border, and more than 95 per cent of the population speak German as a first language.

You then face a much steeper, 7-kilometre-long climb on mountain trails.

The last 500 metres to the finish at the Dreizinnen Mountain Hut (2405m) are uphill again.

The views of the world-famous Three Lavaredo Peaks (Italian: Tre Cime di Lavaredo, German: Drei Zinnen) and of the finisher buffet are phenomenal.

A helicopter brings your personal clothing to the finish but you have to walk back down to the valley. However, you can take a short cut, and thanks to a free bus service you don't need to walk the last kilometres.

In case of hazardous weather the event will be transferred to a shorter and safer route on the other side of the valley. So far, this occured only once, in 2008. 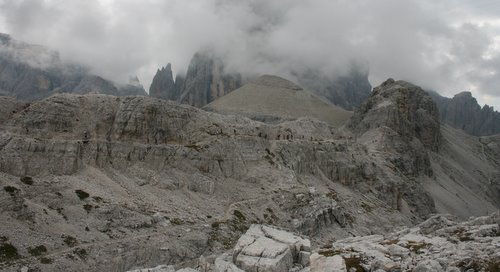 You get: timing chip rental, transport of personal clothing to the finish; finisher medal, pasta party (after the race in Haus Sexten) 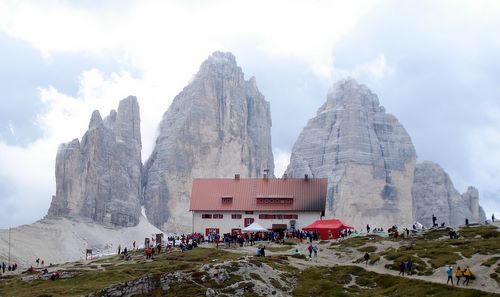 The finish is at the Dreizinnen Mountain Hut.