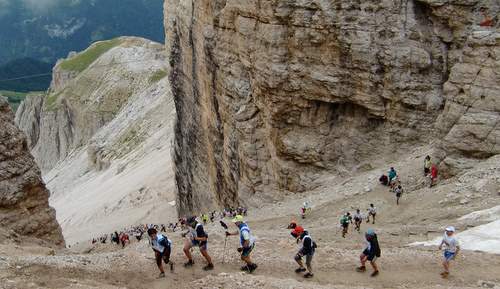 Skyrunning is running at altitude. By definition, a skyrace is held between 2000 and 4000 metres altitude, and the route is between 20 and 30 kilometres long. Skyraces are only for runners who are used to run on very rough terrain in the high mountains!

The Dolomites Skyrace is staged in the western Dolomites in northern Italy. Start and finish is in the ski and holiday resort of Canazei, located at an elevation of 1450 metres in the Val di Fassa.

The race features a spectacular (and literally breathtaking) 22-kilometre up-and-down loop with an elevation gain of 1700 metres. Some sections are very steep.

The highest point on the course is on Piz Boè (3152m), which is the highest peak of the imposing Gruppo di Sella.

In 2010, two days before the 22km skyrace, the event will host the "Vertical Kilometre" World Championships - 1000m vertical climb over a 2.1km route!

You get: a pair of La Sportiva running shoes, lunch after the race 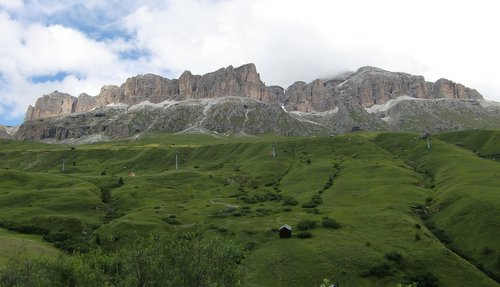 The race travels up and down the Gruppo del Sella.