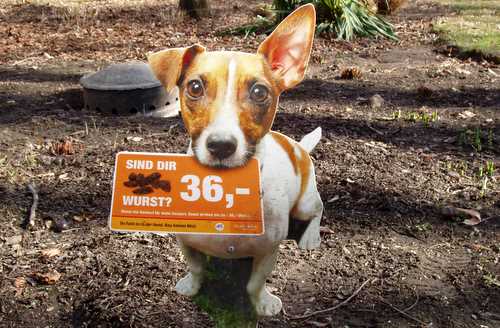 Dogs get sausages after the race. You don't.

Last year, over 2500 runners took part in the event, as well as 62 dogs. All participating dogs get a pair of sausages at the finish, but runner's don't.

Most of the route follows the imperial Ringstrasse, which forms a horseshoe around the city centre.

Runners and dogs pass a large number of Vienna's most grandiose buildings - the Hofburg, the Rathaus, the Parliament buildings, churches, museums, the Burgtheater, the State Opera House, and the University.

The start is at 11am at the Ringstrassen-Galerien, an upmarket shopping complex. The route will be closed for traffic for 90 minutes, which gives you plenty of time for sightseeing during the race. 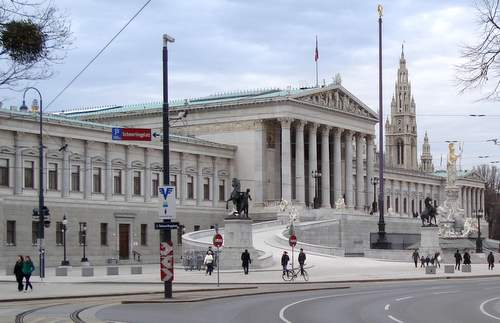 The Austrian Parliament Building and the Rathaus on Vienna's Ringstrasse

Entries: online (until 25 December, payment by credit card) or in person in the race centre

Timing: ChampionChip - use your own chip or rent a chip for 3 EUR (30 EUR deposit)

You get: prize raffle

Bag storage: in the basement of the Ringstrassen-Galerien

Award ceremony and prize raffle: ca. 13.30 in the Ringstrassen-Galerien