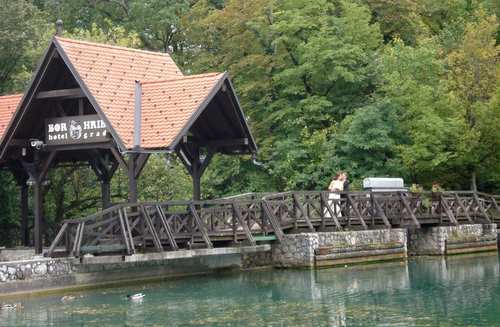 This 11km run is the final race of the Gorenjski pokal, a series of ten races in the alpine Gorenjska (Upper Carniola) region in the north-western part of Slovenia.

Around 300 runners took part in the event last year.

The race is held on a rural course around the village of Preddvor which sits at the foot of the massive Mount Storžič (2132m) in the Kamnik-Savinja Alps, about 30km north of Slovenia's capital Ljubljana.

The big attraction in Preddvor is Lake Črnava, a lovely little lake with a hotel, a cafe and a castle which is frequently used for wedding ceremonies.

Starting and finishing at the primary school in Preddvor, the route follows undulating dirt roads and trails through forests, across fields and along the River Kokra. The first kilometre and the last two kilometres are on asphalt roads.

You get: a souvenir gift, a meal after the race

Showers and changing facilities: in the primary school