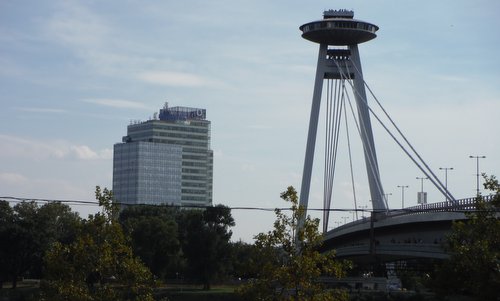 The start and the finish are at the Aupark shopping centre, near the Aupark Tower and the Most SNP bridge (both pictured above).