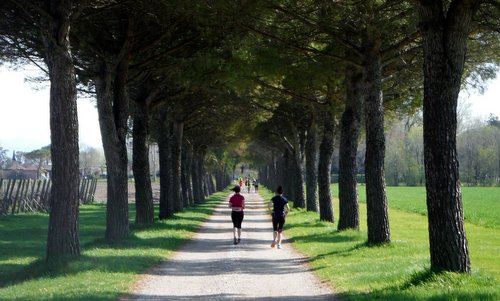 The Marcia internazionale per la vita is a ‘marcia ludico motoria non competitiva aperta a tutti’, a non-competitive event for runners and walkers of all ages and abilities, held under the auspices of the FIASP sports federation (Federazione Italiana Amatori Sport Per Tutti).

Three flat and scenic routes are available, approximately 6km, 12km and 20km long. Participants can still decide on the course which distance they want to run (or walk).

All routes begin and end in Aquileia, a small town of around 3,300 people, located in the Province of Udine in the north-eastern part of Italy, about ten kilometres north of the Adriatic beach resort of Grado.

With an estimated population of 100,000 inhabitants in the 2nd century AD, Aquileia was one of the largest cities in the Roman Empire. It is well worth a visit for its ancient Roman remains and its basilica, an important monument of Christendom: 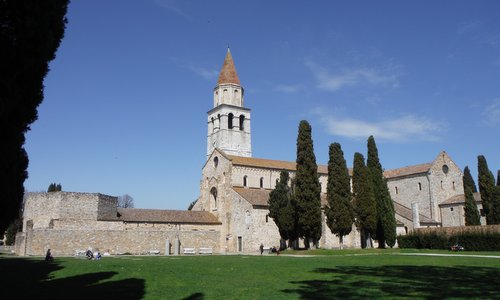 The marcia takes the participants on mixed terrain (mainly on trails and gravel roads) through agricultural land and vineyards between Aquileia and the Laguna di Grado.

The 12km and 20km routes also feature beautiful sections along a canal, along the shore of the lagoon and along the Fiume Natissa. 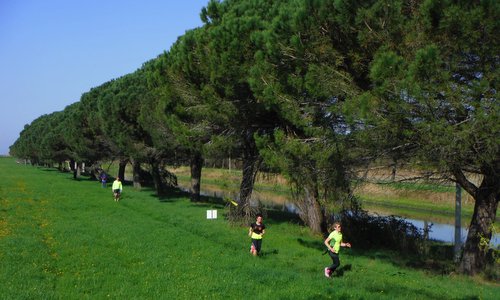