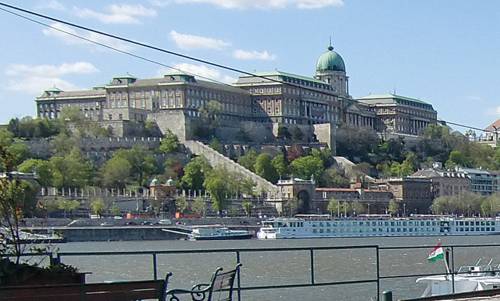 Organized by the Budapest Athletic Federation, and held in the heart of Hungary's capital city, the NATO Run (Hungarian: NATO futás) is a highly popular running event.

Last year, an international crowd of about 4,500 runners took part in the 4km and 10km races for individual runners and relay teams.

Compared to many other big running events in Budapest the entry fees are low, ranging from €9 to €15 for the 10k race. A technical T-shirt is included in the fees.

The NATO Run attracts military personnel from many different countries but you don't need to be in the armed forces to take part in the event.

The races are open to all runners, and most participants are civilians.

A new, challenging and very scenic route was introduced in 2016, starting at Vérmező, a public park below Castle Hill in Buda, the western part of the city.

The 10k race takes the runners through the tunnel under the hill (pictured below), along the River Danube, around Buda Castle (pictured above), uphill to the Castle District, and along the beautiful Tóth Árpád Promenade which offers excellent views of Buda.

The finish line is at the Military History Museum on top of the hill.

Lilla Böhm, also from Hungary, was the first lady across the line, finishing in 37 minutes 51 seconds.

The time limit to complete the course is 80 minutes.