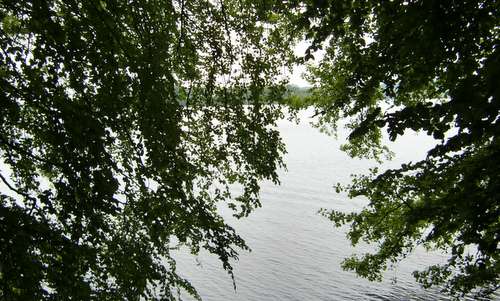 Organized by the 100 Marathon Club Deutschland, the Öjendorfer See Marathon takes place in Hamburg-Öjendorf on the eastern edge of Hamburg, Germany's second-largest city.

The event is held seven times per year:

Last year, each event had, on average, 100 finishers. Among these are usually some highly experienced runners. You may meet athletes who have completed well over 1,000 marathons!

The route is a 3,776-metre loop on hard-packed gravel paths around the Öjendorfer See, a very pretty bathing lake that is surrounded by woods and parkland.

The entry fees are very low — between eight and fifteen euros.

All races kick off at 9am. The time limit to complete the course is six hours. Runners with an expected finishing time above five and a half hours can, by arrangement with the race organizers, start one hour earlier (at 8am).

Start and finish: at the Spielplatz (playground) near the Parkplatz (car park) Barsbütteler Weg

Entries: online with payment by bank transfer; runners from outside Germany can pay the entry fees in cash on the day of the race; entries close four days before each event (entries to the event on 28 December close on 15 December); no entries on the day

You get: snacks and drinks at the end of each lap, certificate (online)

Prizes: to the first 3 men and 3 women in each race

No guarantee is made as to the accuracy or completeness of the information on this page. Please visit the official event website to verify the above information.