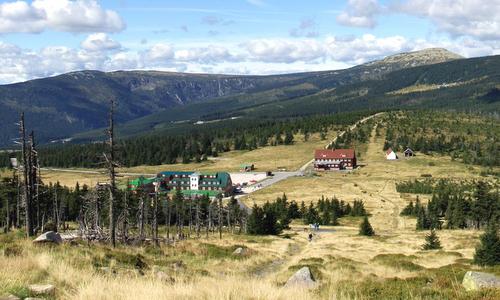 The Krkonošská padesátka is the fourth race of the Kilpi Trail Running Cup (KTRC), a series of nine running events, to be held between April and November 2017 at nine different locations in the Czech Republic.

The event offers three races (5km, 21km, 50km) through the Krkonoše, the highest mountain range in the country, situated on the border with Poland.

All three routes begin and end in the ski resort of Špindlerův Mlýn (German: Spindlermühle) which sits at an elevation of about 700m on the banks of the Labe (Elbe), one of Central Europe's major rivers (but still a small stream in these parts).

The highest point on the 50km course (and on the 21km course as well) is at an elevation of about 1,300 metres.

Entries: online; late entries on the day if the entry limit has not been reached

Participants must carry a mobile phone with them during the race!