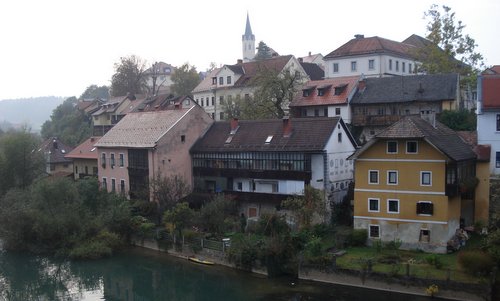 The Park tek ("Park Run") offers a 9km out-and-back race along the left bank of the beautiful River Krka in Slovenia.

The route begins and ends at the Športni park Loka in Novo mesto, a picturesque old town that squeezes into a hairpin bend of the river.

Located halfway between Slovenia's capital Ljubljana and Croatia's capital Zagreb, Novo mesto is home to about 23,000 people, which makes it the largest town in the Dolenjska (Lower Carniola) region.

The race is run mainly on gravel paths. Apart from a few short ascents, the course is flat. The turning point is near the village of Češča Vas.

All proceeds will be donated to a project that supports children in need.

You get: drinks on the course, chip timing, a souvenir gift, voucher for a meal in the Restaurant Loka after the race, child care during the race