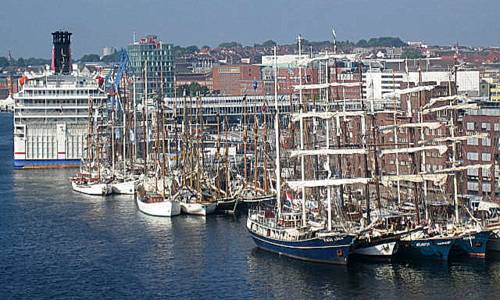 Within the world of sports, the Baltic Sea port of Kiel is best known for the Kieler Woche (one of the world's largest sailing events) and for the ‘zebras’ of the THW Kiel (one of Europe's best handball teams).

But there's another major sports event in town. Kiel also hosts one of the biggest running events in northern Germany, the Kiel Lauf, which attracts a crowd of more than 8,000 runners, including a number of international elite athletes.

The half marathon consists of two laps of an undulating and certified course which begins and ends at Kiel's Opera House. Approximately 3km of each lap are run along the Kieler Förde, an inlet of the Baltic Sea.

It is highly recommended to register early. In 2015, all distances were sold out well before race day.

Start and finish: at the Opernhaus, Rathausplatz