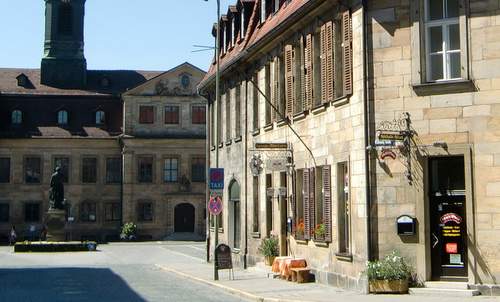 Held in Bayreuth, a town of 70,000 people in the Upper Franconia region in Germany's state of Bavaria, the Maisel's Fun Run features children's races, a 10.5km quarter marathon and a 21.1km half marathon.

Last year more than 2,600 runners of all ages took part in the races.

Starting and finishing at the Brauerei Maisel, one of Germany's largest producers of Weissbier (wheat beer), the Fun Run forms part of the Maisel's Weissbierfest, a four-day beer festival that is held annually in spring at the brewery.

The half marathon is two laps of an undulating and varied course. The route is on mixed terrain (mostly on asphalt with some sections on gravel paths or on cobbles).

Participants run through Bayreuth's historic centre (pictured above), the baroque Hofgarten park, the university campus, and along the lovely Röhrensee lake.

The route also passes the Villa Wahnfried where Richard Wagner worked on some of his famous operas. 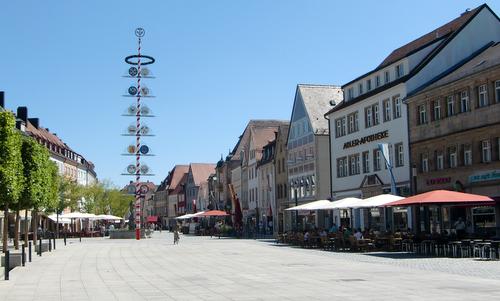 The race takes the runners along Maximilianstrasse in the pedestrianized town centre.

Start and finish: at the Brauerei Maisel, Hindenburgstrasse 9, Bayreuth

Entries: online; late entries on the day if the race limit has not been reached

You get: goodie bag, drinks and fruit on the course and at the finish, voucher for Bratwurst and beer