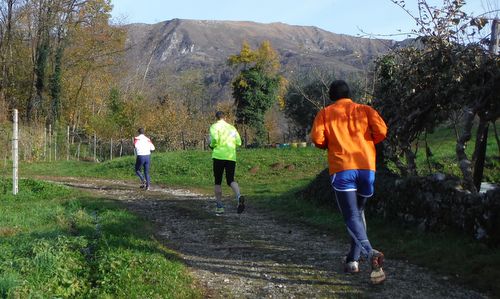 The Corse Pignote has quickly become one of the most popular non-competitive amateur sports events in the Friuli area in the north-east of Italy.

In 2015, a crowd of 1,851 runners, hikers and nordic walkers made their way to the village of Artegna to take part in the fourth edition of the event.

Two routes are on offer, approximately 7km and 14km long.

Both routes are very hilly, varied and scenic. Participants run or walk on mixed terrain (asphalt, cobbles, trails, gravel roads, stairs) through the village, through woods and farmland, and up to the beautiful Castello Savorgnan (pictured below), which was badly damaged in the 1976 Friuli earthquake — and finally reconstructed in 2013.

The event is named after the dialect that is spoken in Artegna. 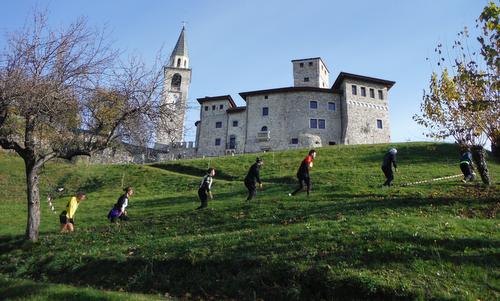 Entries: in person in the start/finish area

Timekeeping: No. This is a non-competitive event.

You get: snacks and drinks on the course and at the finish