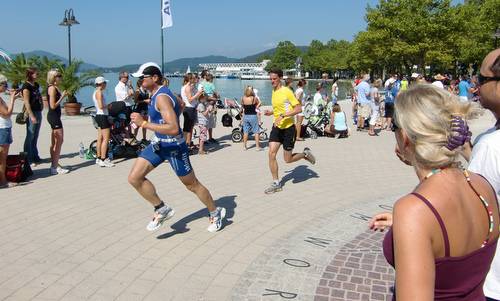 Held on a point-to-point course along the northern shore of the Wörthersee, a 16.5km-long lake in Austria's state of Kärnten, the Wörthersee Halbmarathon attracts a crowd of about 3,000 half marathon runners.

The route begins in Velden, a fashionable resort at the western end of the Wörthersee, and ends in the Europapark at the lake's eastern end, approximately 4km from the city centre of Klagenfurt.

Much of the shore of the Wörthersee is private property, so only a few portions of the route run right along the lakeshore.

The course is gently undulating and closed to all traffic for the time of the race.

The first woman across the line was Croatia's Lisa Christina Nemec in 1hr 11min 4sec. This year, she won't be able to defend her title as she has been banned from competition for four years, following a doping test on 6 October 2015, just six and a half weeks after the race in Kärnten.

In addition to the half marathon, the event offers a 10.55km Viertelmarathon (quarter marathon) and a number of shorter races for runners and walkers of all ages and abilities. 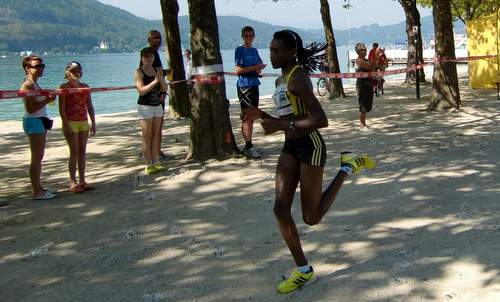 Finish: in the Europapark in Klagenfurt

You get: technical T-shirt, goodie bag, transport of personal clothing from the start to the finish, finisher medal, massage service

Showers and changing facilities: in the finish area