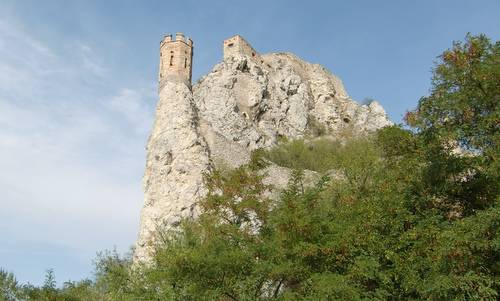 Participants run 11.625km of an undulating course that begins at the impressive ruins of Devín Castle (pictured).

Built on a steep rock at the confluence of two rivers (the Morava and the Danube) on the border with Austria, the castle played a prominent role in the history of Slovakia, and it is regarded by many as a symbol of Slovak nationhood.

The finish line is on the left bank of the River Danube in the city centre of Bratislava.

Before the race, participants can use the free bus service from Bratislava to the start area at Devín Castle.

You get: an Adidas souvenir gift, medal, pre-race bus service from Bratislava to the start in Devín, transport of personal clothing from the start to the finish, refreshments on the course and after the race, free entry into the post-race prize drawing

Prizes (11.6km): to the fastest finishers and to the first three in each age group