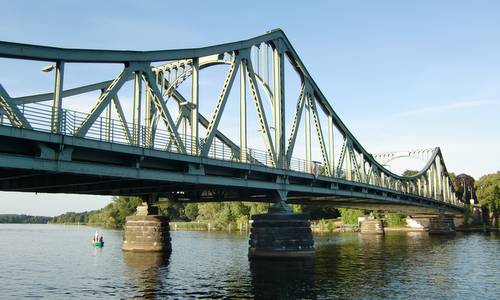 Named after the sponsoring public broadcaster rbb (Rundfunk Berlin-Brandenburg), the rbb Lauf draws a crowd of more than 2000 runners to the Glienicker Brücke which connects Berlin and the city of Potsdam, capital of Germany's state of Brandenburg.

Starting and finishing at the bridge, the route is a single loop through Potsdam, a lively and very green city, surrounded by vast lakes. Formerly the residence of the Prussian kings and the German emperors, Potsdam is home to a large number of outstanding sights, first of all the parks and palaces of Sanssouci.

In 2015, the fastest finishers were Stefan Hendtke (44min 31sec) and Kathrin Hielscher (54min 52sec). The time limit to complete the course is two hours.