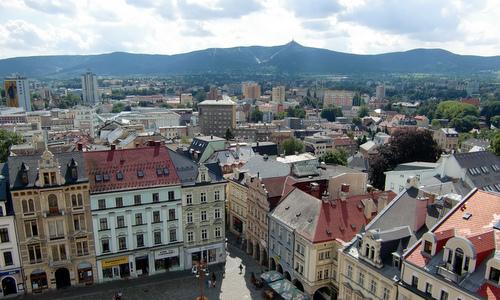 This mountain race forms part of the Salomon Trail Running Cup 2015 (STRC), a series of eight running events in the Czech Republic.

The race takes place on the edge of Liberec, a city of about 100,000 residents, situated near the borders with Germany and Poland.

Starting and finishing at the Ski areál Ještěd (approximately 6.5km from Liberec's beautiful historic centre), the race is run on trails and gravel roads. Some short sections are on asphalt roads.

The highest point on the course is on the summit of Ještěd (1012m), the highest peak of the Ještěd-Kozákov Ridge that rises to the west of Liberec (pictured). 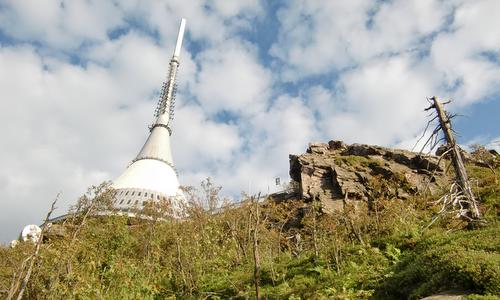 There's a hotel, a restaurant, and a radio tower on the summit of Ještěd.

Entries: online; late entries on the day if the race limit (400 runners) has not been reached; no entry fees for children 15 years and under

You get: chip timing, drinks on the course and at the finish, finisher medal, photo