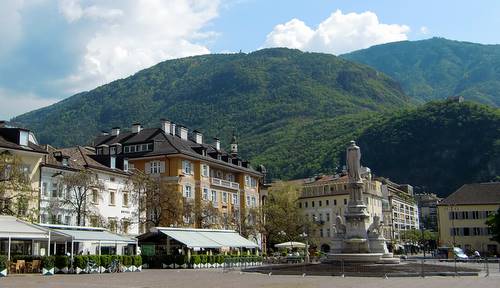 Every year on 31 December, since 1974, world-class athletes and fun runners come together in the city of Bolzano (German: Bozen), capital of Italy's alpine province of South Tyrol, for the annual BOclassic New Year's Eve races.

All races are held on a 1.25km-long loop course through Bolzano's Old Town, starting and finishing on Piazza Walther, the main square (pictured).

The event kicks off at 1pm with the 5km Ladurner Amateur Run. Around 600 runners take part in this race every year.

Thousands of spectators line the course when the elite runners dash through the city centre. Women run 5km (at 3pm) and men run 10km (at 3.30pm).

A large number of the world's best distance runners have taken part in the BOclassic. Last year, the winners were Janet Kisa of Kenya (15 minutes 49 seconds) and Muktar Edris of Ethiopia (29 minutes 7 seconds).

Entries (5km Amateur Run): online; late entries on the day if the race limit (620 runners) has not been reached; entrants must be registered with an athletics club or provide a medical certificate at registration

Prizes (Amateur Run): to the first 3 in each category