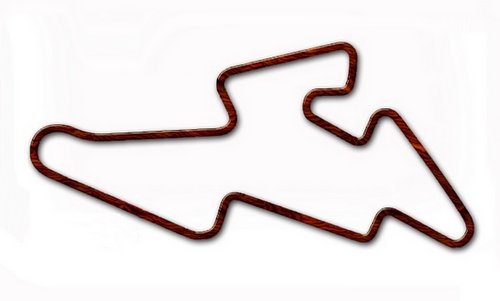 The Masaryk Run is held on the Brno Circuit (Czech: Masarykův okruh), a motor racing circuit that is best known for hosting MotoGP motorcycle races.

The race track is situated approximately 15km from the city centre of Brno, the Czech Republic's second-largest city with a population of about 400,000.

More than 1,000 runners took part in last year's first edition of the race.

Competitors run two laps around the track, which is 5,221 metres long. Ergo, the race is 10,442 metres. Split times will be recorded at the 10km mark.

The course is IAAF/AIMS-certified and rather challenging as the difference between the lowest and the highest point on the race track is about 74 metres.

It is possible to run the race as a 2-person relay team (male, female or mixed), with each team member running one lap.

The time limit to complete the course is 90 minutes.

Entries: online (up to 6 April 2015); late entries on the day if the race limit has not been reached

You get: a buff (to the first 900 entrants), medal, goodie bag, chip timing, aid stations at the 5km mark and at the finish, free parking, massage service, entry into the post-race prize drawing; entrants can order a technical T-shirt for 399 CZK /16 EUR