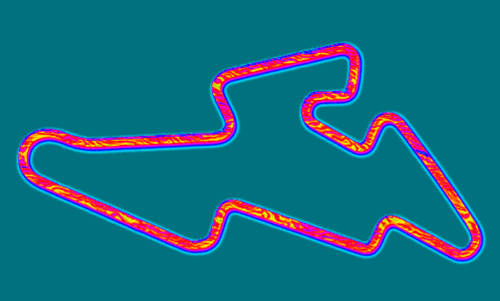 The Masaryk Run is held on the Brno Circuit (Czech: Masarykův okruh), a motor racing circuit that is best known for hosting Grand Prix motorcycle races.

The venue is situated approximately fifteen kilometres from the city centre of Brno, the second-largest city in the Czech Republic.

The course has been accurately measured and certified by IAAF/AIMS.

Chip times will be recorded at the finish line as well as at the 10k mark.

You may find it rather difficult to set a personel record over the 10k, however, as the course is rather challenging. The difference between the lowest and the highest point on the race track is about 74 metres.

The event also features races for young runners, for inline skaters and for kick scooter riders.

No guarantee is made as to the accuracy or thoroughness of the information on this page!