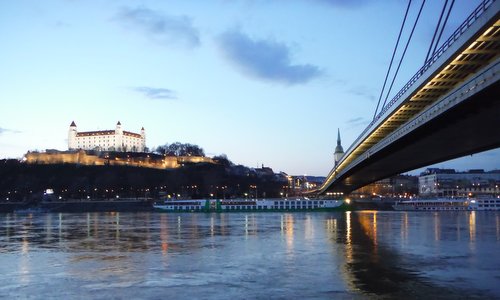 The Night Run in Slovakia's capital Bratislava is a hugely popular running event with 3550 finishers last year. The event accepts not more than 4000 entries.

Previously, the race was 9km long. This year, it will be 10km, starting at 8pm at the modern Eurovea multi-purpose centre, which is situated approximately 1km east of the city centre on the River Danube.

The route consists of a 4km-loop through the port area in the eastern part of the city, followed by a 6km-loop which takes the runners through the Old Town, through the tunnel under the imposing Bratislava Castle, and along the Danube.

You get: finisher medal, a photo (by e-mail), entry into the post-race prize drawing; entrants can order a technical T-shirt for € 18

Prizes: to the first three men and women; category prizes