Held in the city of Düsseldorf in Germany, the Kö-Lauf offers a flat and fast 10k race, a 4k run, and races for relay teams and for children.

All races are run entirely on the Königsallee, one of Europe's most fashionable boulevards — one kilometre long, with a canal in the middle (pictured below), and home to many luxury shops, banks and five-star hotels.

The 10k course consists of five laps along the "Kö", as it is called by the locals.

In 2014, the event will incorporate the German 10km Road Running Championships. 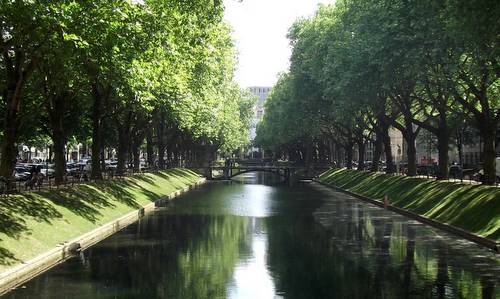 Start and finish: at the corner of Königsallee and Steinstraße

You get: chip timing, finisher medal

Award ceremony: approximately one hour after each race