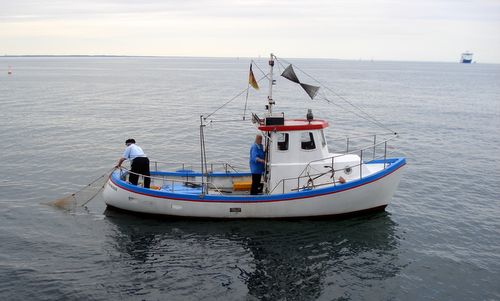 The International Usedom Marathon offers a half and a full marathon. Most of the race is run on the Baltic Sea island of Usedom on the Germany-Poland border.

The half marathon is a circular route that begins and ends on the athletics track of the small harbour town of Wolgast. The race is run entirely on German soil.

The marathon, however, is a cross-border race which starts in the Polish port of Świnoujście (German: Swinemünde) and finishes in Wolgast in Germany.

The 42.2km route is undulating on mixed terrain (roads, paved promenades, bikeways and forest trails), and it is very scenic as it runs mostly along the coast and through the three ‘Kaiserbäder’, the favourite beach resorts of the German Emperors.

Runners can get to the start by using the free event bus service from Wolgast.

You get: bus service from Wolgast to the marathon start in Šwinoujście (at 8.30), chip timing, finisher medal, certificate, massage service