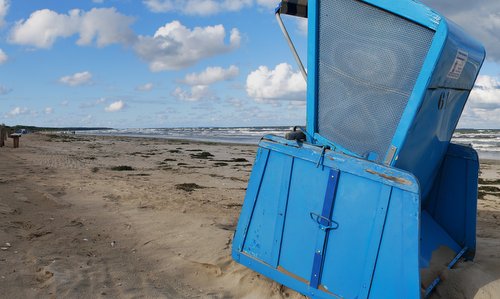 The Usedom Marathon is held annually in early September on the Baltic Sea island that is known by Germans as Usedom and by Poles as Uznam.

The island has been divided since 1945. Approximately 84 per cent of Usedom belong to Germany and 16 per cent to Poland.

The half marathon begins and ends on the athletics track of Wolgast, a small harbour town of about 12,000 people, situated on the German mainland. The route takes the runners across a bridge to Usedom, through fields and villages in the southern part of the island, and then back to Wolgast. The course is mainly flat.

The full marathon is a point-to-point race that starts in the seaport of Świnoujście (German: Swinemünde) in the Polish part of the island and finishes in Wolgast in Germany. Runners can get to the start in Poland by using the free event bus service from Wolgast. The route is very scenic as it runs mostly along the coast and through the three Kaiserbäder (Imperial Spas) of Ahlbeck, Heringsdorf and Bansin—beach resorts favoured by the German Emperors. The race is run on mixed terrain (roads, paved promenades, bikeways and forest trails). The route is a bit undulating in parts.