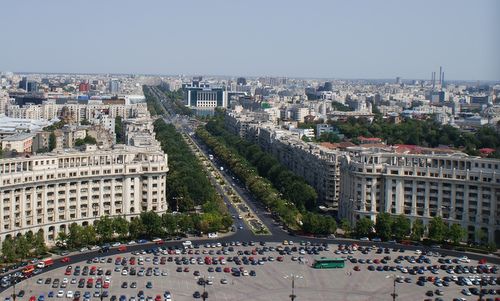 The Semi-Maratonul International București gives runners the opportunity to run along the monumental boulevards of Romania's capital city Bucharest.

In addition to the half marathon, which had around 1300 finishers, the event features a half marathon relay, a 10.5km race, and a 3km run.

All routes are very flat and fast. The half marathon course is AIMS/IAAF-certified.

Starting and finishing on Constitution Square in front of the Palace of Parliament (the world's largest parliament building), the 3km run is one loop around the palace whereas participants in the longer races run out and back Bucharest's impressive boulevards, including the 3.5km-long Bulevardul Unirii (pictured).

The route also takes them along both banks of the River Dâmbovița which flows through central Bucharest, and around the Arena Națională, Romania's national football stadium.