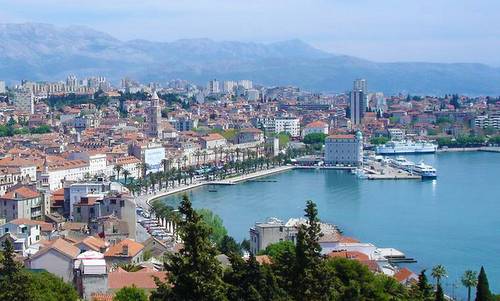 The Polumaraton Svetog Duje (‘Half Marathon Sveti Duje’) is held in honour of the patron saint of Split, Croatia's second-largest city with a population of 180,000.

Entrants can choose between the 5k run and the half marathon.

Starting and finishing on the magnificent Riva promenade in the city centre (pictured), the 5k is one lap and the half marathon is two laps of a very challenging out-and-back course, which offers fine views of the Adriatic coast as it follows the coastal road around the wooded Marjan peninsula.

Over 200 runners from eleven countries took part in the event last year.

Entries: online with payment by bank transfer; no entries on the day