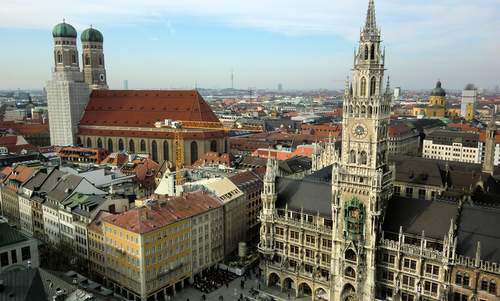 Held in the Bavarian capital Munich in southern Germany, the Stadtlauf München is a massive event which attracts a crowd of 15,000 or more runners.

All races begin and end on Marienplatz in the heart of the city (pictured).

Participants run along the pedestrianized Theatinerstraße, across the magnificent Odeonsplatz, past the gigantic Residenz palace complex, around the baroque Hofgarten, and through the vast Englischer Garten.

Instead of a bib, entrants get a technical T-shirt which they must wear during the race.

Race centre: SportScheck sports shop, Neuhauser Straße 21 (between 17 June and 28 June 2014; on the day until 30min before the start)

You get: technical T-shirt, drinks on the course and at the finish; free use of public transport (MVV) on the day of the race