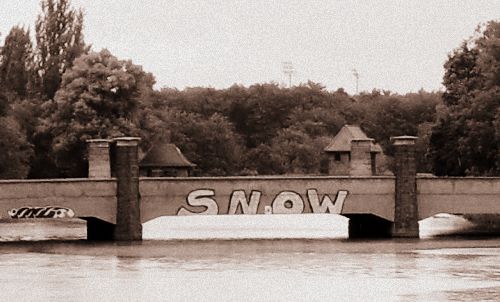 The Wintermarathon is a 42.2km marathon race for teams of three runners, held annually in January in the city of Leipzig in Germany's state of Saxony.

All three team members run the full marathon. They must run and finish the race together. It is not possible to start as an individual athlete but runners can finish the marathon if team members drop out of the race.

The route consists of eight 5km laps and one 2.2km lap on flat asphalt and gravel paths through the wooded Clara-Zetkin-Park, which is near the city centre.

Overall, participants run 34 times across the Elsterflutbett (pictured), a canal which cuts the park in two.

You get: snacks and drinks on the course; finisher certificate; massage service after the race

Number of finishers 2013: 74 teams; 21 runners finished the marathon without a complete team