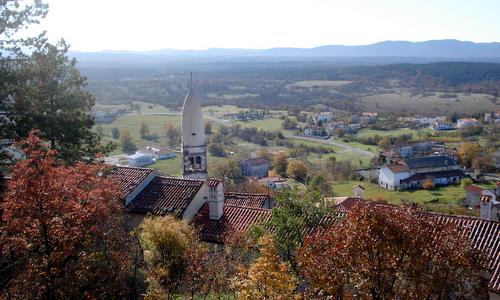 The Štanjelski tek is held annually in December on the beautiful Karst Plateau which lies in the border region between Slovenia and Italy, near the Adriatic Sea.

Participants run 9km of a challenging route on gravel roads through the forests near Štanjel, a fortified hilltop village with a castle, terraced gardens, and many picturesque stone houses.

The route features about 120 metres of ascent, and the same of descent.

You get: a souvenir gift; tea and snacks

Event details (in Slovene): filipides.com (out of date)