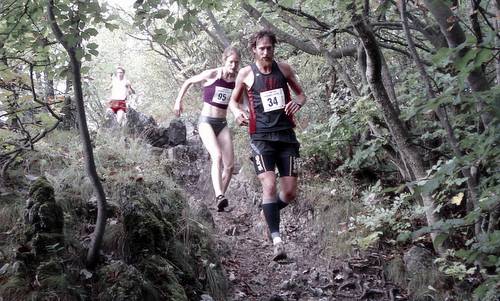 Held annually in early October on the Šmarna gora hill on the edge of Slovenia's capital Ljubljana, the Tek na Šmarno goro is the final race of the World Mountain Running Grand Prix.

Every year, the event attracts some of the world's best mountain runners. In 2012, the winners were Alex Baldaccini of Italy (41:32) and Mateja Kosovelj of Slovenia (48:46).

The route is 10 kilometres long. It includes 710 metres of ascent and 350 metres of descent, partly on narrow trails over rugged and slippery terrain.

Šmarna gora is a densely-wooded hill with two peaks — Grmada (676m) and Šmarna gora (669m). Starting at the foot of the hill, competitors run on forest trails up to the summit of Grmada, then half way down the hill, and up again to the finish line at the monastery on top of Šmarna gora, Slovenia's most popular hiking destination.

Weather permitting, there are fine views of the Alps and of the Ljubljana basin. 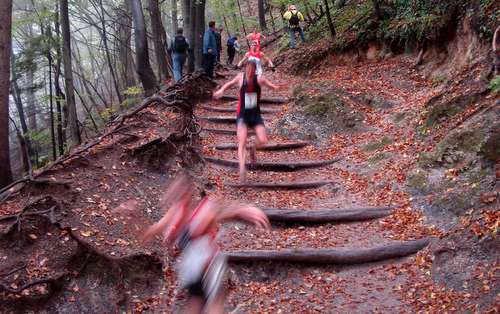 You get: T-shirt, transport of personal clothing from start to finish, chip timing, three aid stations on the course and one at the finish, a meal after the race

Prizes: prize money to the first 13 men, 8 women, and 3 juniors; trophies to category winners; medals to the first 3 in each category