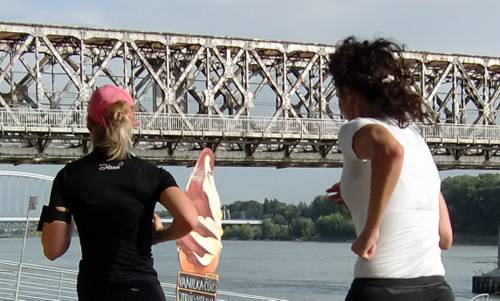 The Bratislava Marathon running weekend will kick off with the children's competitions on Saturday morning, followed by the 5k and 10k races in the afternoon, and the marathon, half marathon and half marathon relay on Sunday morning.

In 2013, the marathon will feature a completely new course which stays on the northern side of the River Danube. The route is AIMS-certified, traffic-free, and mostly flat and fast. Like before, participants in the full marathon will run two laps. Parts of the course are out and back (course map).

Start and finish will be again at the modern Eurovea Galleria shopping mall on the River Danube — a fine place to relax in one of the many riverside cafés after the race.

The time limit to complete the marathon course is five hours.

Entries: online (until 17 March 2013), payment by credit card; late entries in the race centre (until one day before the race if entry limit has not been reached); no entries on the day